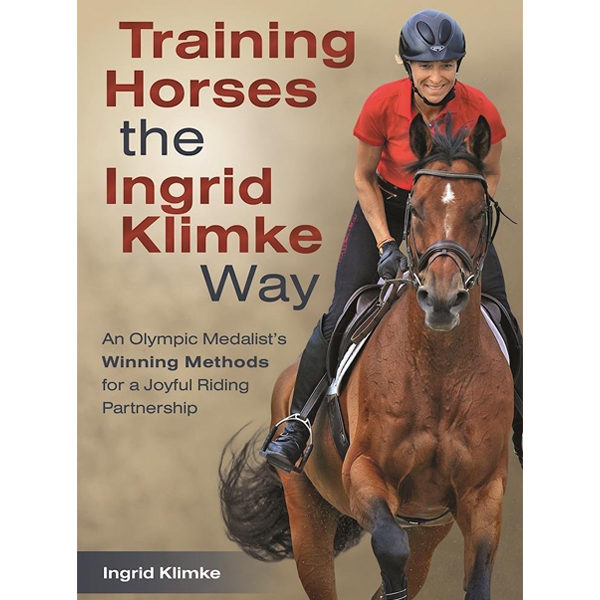 Olympic gold-medal-winner Ingrid Klimke was born under a bright star when it came to fulfilling dreams of equestrian greatness. Her father, Reiner Klimke, was an Olympic rider himself, and he instilled his principles of training and riding with the good of the horse in mind in his daughter at a young age. Ingrid has furthered her father’s esteemed legacy, modernizing two of the classic works by her father—the bestselling Basic Training of the Young Horse and Cavalletti–and tirelessly championing a balanced, fair, and caring system of training the horse that ensures his physical and mental well-being even while preparing him for the very top levels of international competition.

And now Ingrid has written a book of her own, detailing her personal system of bringing a horse along through the stages of progressive development, and providing readers guidelines and exercises to ensure success without stress at each milestone. The result is surely a joyful partnership between rider and horse that will go the distance.

Author Notes: Ingrid Klimke is an international trainer of dressage, show jumping, and event horses, and currently competes for Germany as an event rider. She had always been able to call on her father Reiner Klimke’s experience but has also been greatly influenced by Fritz Ligges, Ian Miller, and Anne Kursinski. She’s appeared at five Olympics, from 2000 to 2016. With her horse Abraxxas, she won two gold medals in team eventing, at the 2008 Summer Olympics and the 2012 Summer Olympics. She won a team silver medal with Hale Bob at the 2016 Summer Olympics in Rio. She placed seventh at the 2002 Dressage World Cup Final with the horse Nector van het Carelshof. She lives and trains in Münster, Germany. 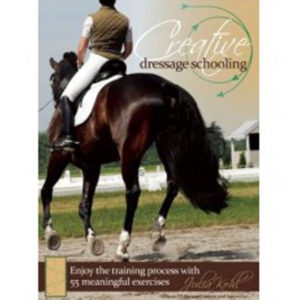 This guide provides upbeat patterns/exercises that take the necessary task of essential schooling and add variety and challenge to everyday workouts, beat the dressage practice blues, and get the job done.

Looking for new tools to add to your training arsenal and looking to create a supple, gymnasticized horse will delight in this fun collection of practice routines and photographs. 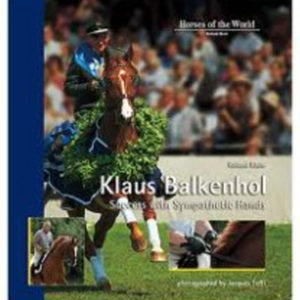 This beautifully presented book, which covers the life and work of Klaus Balkenhol, has appropriate photos with clear descriptions that open a visual world that leads the reader through the various dimensions of the sport of dressage.

Klaus Balkenhol “Our guiding principle should be to allow the horse to be a horse”
Accompany Klaus on the path of the development of a horse from youngster to Grand Prix level.

“This book explains what the scales are and how to use them, whether the rider wishes to concentrate on dressage, jumping or eventing… It includes exercises for both dressage and jumping to develop the horse’s natural ability and to improve the rider’s understanding of the horse’s educational needs”
From the Foreword by German Olympic three-day event rider, Ingrid Klimke

The “Scales” apply to the basic schooling of every horse, whether the rider wishes to concentrate on dressage, jumping or eventing, and provide an essential foundation for the horse’s physical and mental development 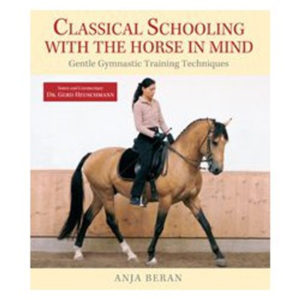 Classical Schooling with Horse in Mind $69.95

Classical Schooling with Horse in Mind $69.95

Recognizing that modern day dressage has become more of a sport than an art form, this guide advocates for a revival of schooling that emphasises pleasure for both the horse and the rider.
Addressed to riders of all ages and skill levels – and to animal lovers generally – this moving appeal successfully showcases a humane riding tradition.